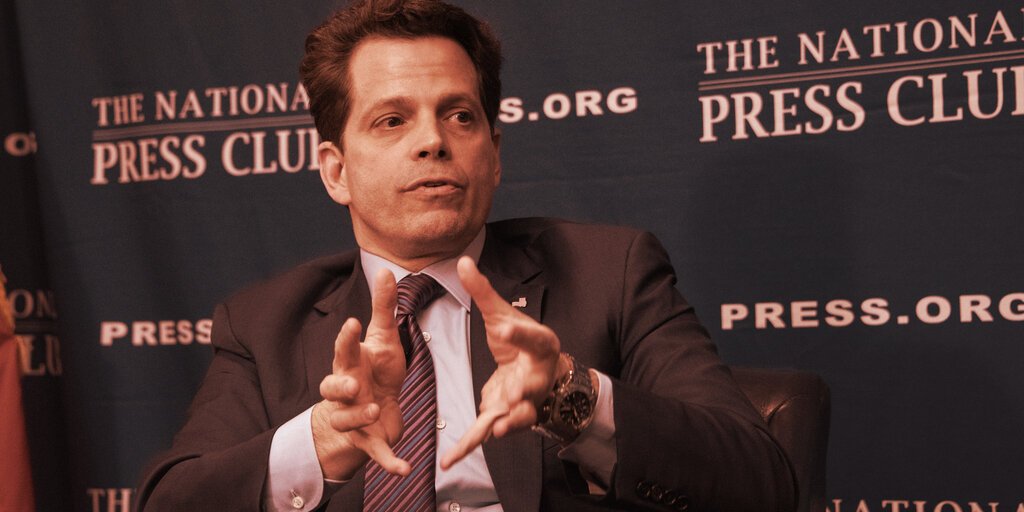 This decision would come after sharp falls in stocks and CRYPTOCURRENCIES witnessed in recent months, with a source saying Bloomberg that the decision to suspend redemptions was made because shares of private companies, which have traditionally been harder to sell, now make up around 20% of the fund’s portfolio.

Through other funds managed by Skybridge, the Legion Strategies fund has also been exposed to cryptocurrencies such as Bitcoin, Etherealet Algorandaccording to a filing with the SEC.

Legion Strategies had approximately $230 million in assets under management (AUM), with almost 25% of net assets held in cryptocurrencies as of February 28. Currently, the fund only has 10% digital assets, according to Bloomberg.

decipher has separately contacted SkyBridge for comment and will update the story if we hear back.

Scaramucci, who had a brief stint in the White House as communications director in 2017, has become an outspoken advocate for cryptocurrencies.

Among its many crypto initiatives, Skybridge Capital was also pushing for a spot FNBBitcoinonly for the SEC to deny his claim in January of this year.

The New York-based company, which had roughly $3.5 billion in assets under management as of April, with nearly half of that tied to digital assets, also intended to become “asset manager and advisor.” of top-tier cryptocurrencies’, with Scaramucci stating at the time that ‘cryptocurrency markets represent huge growth’.

“It comes with volatility, sure, but I think for three to five years we like that trajectory,” Scaramucci said. Bloomberg ahead of the annual SkyBridge Alternatives (SALT) conference in April.

Fortunes, however, may have changed since then.

The crypto market has lost more than $1.2 trillion in value since the beginning of the year, according to CoinMarketCap, with major cryptocurrencies like Bitcoin and Ethereum down around 50% and 60% respectively over time.

Do you want to be a crypto expert? Get the best of Decrypt straight to your inbox.

Get the biggest crypto news + weekly recaps and more!