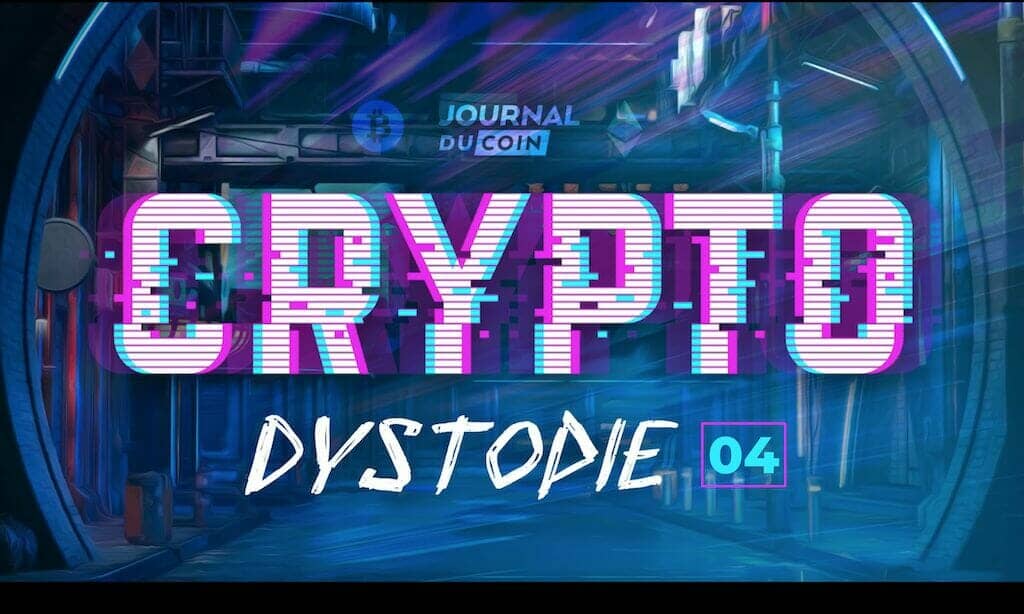 What will our world look like in 2035? – numbers favorite cryptocurrencies Will they have disappeared or will they be more than ever at the center of our lives? Has the Bitcoin Blockchain Changed the Face of the World? We have fun, through little stories, imagining our world in the not too distant future. The story that follows is fictionalized, imaginary, without any pretense of predicting the future. Have fun with us and immerse yourself in our new summer format. Board the DeLorean JDC, address 2035!

ITER, the secret project of Europe

8:10 a.m. – Stéphane stops as usual in the parking lot of La Fabrique bakery to buy his morning croissant.

Stéphane takes a few francs out of his pocket. Yes, the franc became the national currency of France again after thefailure of the euro and the breakup of Europe. Thinking about it, heeuro was a utopia. Or at least, Europe has not reached the end of its ambitions. Each country wishing to retain its national sovereignty, the euro failed to unite societies with very different lifestyles.

8:20 a.m., Cadarache – Stéphane goes through the entrance control of the ITER research center and goes to his reserved place, right next to the gates of the complex.

Stéphane swallows his croissant in two bites as he wanders the halls, validating the multiple security doors with his badge.

“Of course, Paul. Please don’t bother me, do you imagine I miss a setting? Albert, turn on the generator, orders Stéphane, addressing his apprentice.

Stephane is stressed. And despite his apparent relaxation, Paul is too. It’s not every day you try to change the past. Recent discoveries have succeeded in demonstrating the existence of connections that link past and future at certain points in space-time.

Today the ITER project, for Interdimensional Transportation in Extra Realities, is nearing completion. And the stakes are high. Replay the story. By modifying the past, the future could be rewritten. Very slightly. Enough to influence the present. European states would regain their dominance over the world. A sweet dream.

Otherwise, they will gradually be relegated to the ranks of spectators in the world economy, bought by the BRICS. This future, Stéphane did not want. ITER had arrived on time.

Satoshi and Bitcoin, the last hope

— Come on, Stéphane murmurs to his colleague Paul.

This one, more talkative that same morning, does not answer.

Europe’s hopes are pinned on this operation that has been tirelessly prepared for years by its teams in the greatest secrecy. A budget as colossal as the pressure behind it. Infinite. After five minutes of endless waiting, the screen turns green.

— Well, let’s hope that the Europe of the past is enlightened enough to use Bitcoin !

“They won’t have a choice,” Stephane answered.

— Indeed, the deadline is set for October 2050. Albert, do you feel ready to take a small jump to 1905? Stéphane asks the apprentice about him.

In a dark room, computer screens light up. A program from the future is launched.

A page of words opens and words are born: “Bitcoin: a peer-to-peer electronic cash system…”

6:10 p.m. – the addresses of the crypto mailing listwhich brings together various industry experts, is copied into an email.

« I have been working on a new electronic cash system that is totally peer-to-peer, without trusted third parties…

The paper is available in:

“I worked on a new electronic money system that works between peers, without the need for a trusted third party…

The concept proposal is available at this link:

With energy shortages and inflation in 2022, Europe is undoubtedly weakened. The conclusion is there. Unlike the United States and its policy of raising rates aimed atcurb inflationEurope’s hands are tied. In fact, the implementation of similar measures would precipitate certain countries towards default on their debt. Faced with these great challenges, in the absence of solutions, the weakened European powers could see the emergence of serious competitors in the person of the BRICS, some of which, like China, have an influence on the international scene that is no longer greater. show. What to do then? Go back to rectify our mistakes and do things differently? What if we start off on the right foot now in 2022? Because reproducing the past in our future reality of 2035 may be less easy than through this little story.

And you ? Have you made your choice? Finally make this important decision for your future. Start Hoarding Bitcoin, the Brainchild of Satoshi Nakamoto Now thanks to Bitstack… while earning €5 in free BTC using the code JDC5 (trade link)!