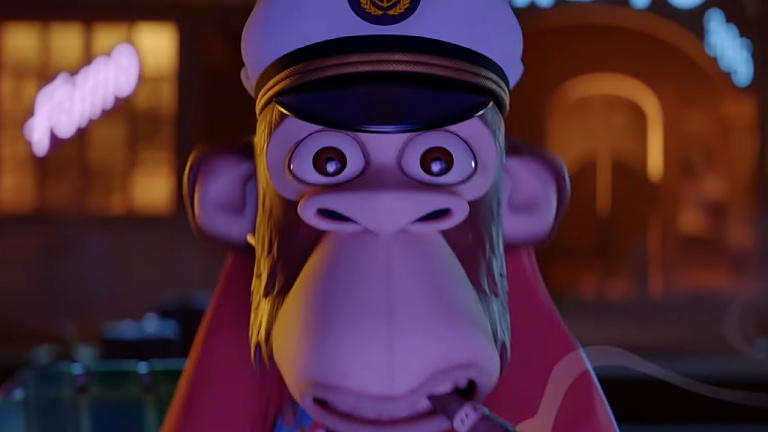 news hardware NFT: Bored Ape (BAYC) owners and other crypto punks are at huge risk after Ethereum merger, here’s why

In addition to ETH miners, the Ethereum merger update is expected to affect NFT holders as well. The evolution of the second largest cryptocurrency could have a huge impact on non-fungible token collections like Bored Ape Yacht Club (BAYC) or Cryptopunks.

Since 2015, the Ethereum community has been patiently waiting for the update that will move the network from the second largest cryptocurrency to proof of stake (PoS). We have known for a few months that this update, often postponed, should arrive next September. This innovation should alter the uses of Ethereum.

Ethereum, like other cryptocurrencies, uses a proof-of-work system to secure its network. More commonly known as proof of work (PoW), this consensus uses computing power (graphics cards, ASICs, etc.) to protect the network. By participating in the smooth running of the network, participants who have used their machines are rewarded in ether.

This validation method, considered polluting, will be replaced by the proof of stake or proof of participation in English (PoS). The alternative changes the calculation force-based mechanic to another, based on the active use of your treasury. Therefore, it allows the owners of the asset in question (in this case Ethereum) to use their capital, instead of a graphics card, in block validation.

NFTs are largely on Ethereum

Ethereum smart contracts are the origin of the “CryptoArt” universe with NFTs. In fact, the cryptocurrency and its network are at the origin of the NFT phenomenon that we know today with the arrival of a first collection called CryptoPunks in 2017. Each of the tokens built on Ethereum has a unique value and therefore cannot be replaced by another token. unlike a cryptocurrency.

In addition to the changes that this implies for Ethereum miners, this famous update could affect the entire NFT sector. When The Merge occurs, NFT owners will also have to adapt to how the cryptocurrency works.

While most members of the Ethereum ecosystem are looking forward to these changes, for reasons of efficiency, speed and sustainability, others are more attached to the PoW version of Ethereum.

In this context, the cryptocurrency will see an explosion of its “hard forks” to satisfy the majority of users.

A fork, which literally means “branch”, occurs when there is a divergence of common rules within a blockchain (network of a cryptocurrency). Specifically, this event causes part of the network to split when users disagree with the current version. In short, this separation allows users of the fork to enjoy a similar network before any updates appear. For example, some prefer world of warcraft classic to its current version. There are already several Ethereum hard forks such as ETHPoW or Ethereum Classic.

With the arrival of the new Ethereum PoS update, it is likely that NFTs will exist on both chains. In its upgrade process, Ethereum is expected to replicate its tokens to its new network. Therefore, the original NFTs should exist in the initial PoW chain and in the new PoS.

In this perspective, the largest studios behind the collections have already taken the lead. Yuga Labs, owner of Bored Ape Yacht Club or Cryptopunks, has clarified that it will only consider NFTs from the new Ethereum PoS chain.

The Ethereum network is preparing for the meltdown in mid-September. In line with the broader Ethereum community, in the event of a viable PoW hard fork, Yuga intends to recognize only NFTs on the ETH PoS chain as subject to the relevant NFT license and eligible for utility offered by Yuga.

Beyond questions about the “authenticity” of the new NFT, this update could have real consequences for uninformed token holders.

A defect that can be expensive

Adam McBride, an NFT “archaeologist” explained the potential risks to NFT owners as a result of the merger.

In a Twitter thread, McBride notably highlighted the possibility of a “replay attack.” Replay attack is a phenomenon where an action is repeated simultaneously on both chains.

Let’s imagine: you sell your NFT Bored Ape registered on the initial PoW chain for a negligible sum, since it only has value on the new Ethereum PoS chain. In itself the idea seems interesting since some will want to obtain these tokens considered as “original”, so why take advantage of your token one last time by recovering some ether.

Only, once sold, the second owner could redo the same transaction, and this time on the new version of Ethereum. In this case, if you had sold your Bored Ape for 1st in the previous chain, it could come out for the same price in the PoS chiane, while it is worth 70 times more.

The problem is something called ‘replay attack’. This is when a transaction occurs on one blockchain and can be repeated on another.

For example, after the merger, you sell your CryptoPunk on the PoW chain for 5 ETH (or ETHPoW, as people call it) in hopes of cashing out…

Although the theory is true, in practice this is unlikely to happen. To do this, most NFT platforms would have to have integrated Ethereum PoW forks, but this is not in the pipeline from market leaders like Opensea.

The next changes around NFTs after The Merge update involve thinking about non-fungible tokens and their new uses in Ethereum 2.0. Main differences since NFTs are one of the engines of Ethereum, contributing a large part to the income of the network participants. Apart from these questions, this update brings more than positive points for NFTs, namely greater ease and speed during transactions.

What is an NFT?

An NFT is short for Non Fungible Token or non-fungible token in French. NFTs are crypto tokens issued on a blockchain.

Exploiting this technology at the genesis of cryptocurrencies, NFTs inscribe inviolable properties on this virtual registry. As a result, NFTs are true digital property certifications.

Is an NFT necessarily an image?

A distinction must be made between an NFT and the object associated with it. In fact, the non-fungible token is first and foremost a virtual property certificate and not the digital file as such. An NFT is usually associated with a photo or video, but can also take the form of text, music, or any other digital or physical format.

What is an NFT used for?

NFTs are generally used to enforce proprietary rights online. Thus, the owner of a token of a virtual work can collect royalties, ensure respect for the intellectual property of their digital object, etc.

This feature has remarkably allowed NFT to shine in art by creating value and rarity in digital images available on the web. In addition, beyond art, this technology offers multiple uses in various sectors such as video games, product traceability, etc.

How is the value of an NFT defined?

These tokens are not fungible, that is, they have a unique value unlike cryptocurrencies, which are fungible (1 bitcoin = 1 bitcoin).

Therefore, the price of an NFT is arbitrarily set by the owner of the token. This price is usually in cryptocurrency, most often in Ether (ETH).

How to buy and sell NFTs?

NFTs are usually bought or resold on trading platforms like Opensea or Foundation.

What is an NFT mint?

The “Mint” or strike in French, is the initial process of selling a token. To become a permanent part of the blockchain ledger, these new tokens must be new. Through this action, the user gets to complete a transaction with their fees to see their token appear first hand in the block chain.