Bitcoin purists have said that Bitcoin and blockchain are inseparable. Let’s take a look at reality.

Wall Street built on the blockchain

The largest banks on Wall Street have largely avoided investing directly in cryptocurrencies. But many are quietly working to integrate blockchain, the technology behind cryptocurrencies, into trading and other activities.

Goldman Sachs already trades bonds and other debt securities for clients on blockchain-based networks like Ethereum, and the bank is building its own blockchain-based trading platform. JPMorgan Chase already has a platform, called Onyx.

Outside of banking, Walmart Inc. has used blockchain to track its supply chains. In real estate, some title companies have used it to record home ownership.

That said, Wall Street firms have been experimenting with blockchain projects for at least five years. Despite the hype, few have had a widespread impact on the way financial transactions are conducted.

Others have thrown in the towel. A group of European insurance companies formed a consortium called B3i in 2016 to explore the uses of blockchain in their industry. In July, the consortium closed after failing to raise new capital.

The blockchain will come

It is important to note that Bitcoin is a public distributed network that requires mining and large amounts of electricity (proof of work) to function. In contrast, the blockchain systems used by Goldman and Walmart require an authorized authority.

The supposed advantage of Bitcoin’s permissionless distributed network is fading with rising energy costs to operate it, massive ledgers, and the costs of converting Bitcoin to dollars, euros, etc., to operate as cash.

The permissioned blockchain will end up being a big winner. And it will be a winner without Bitcoin. Bitcoin is too unstable, too expensive for transactional use, and too reliant on energy. 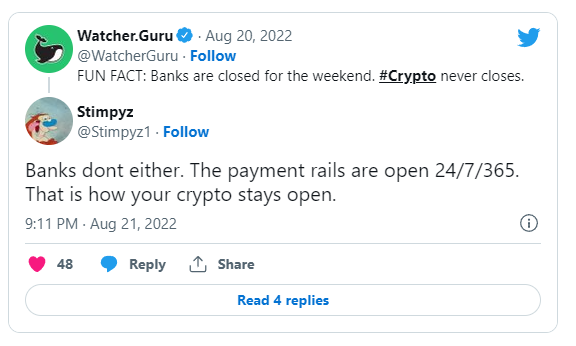 Spare me the sap of being able to send Bitcoin anywhere instantly for less. You still have to convert Bitcoin to dollars, euros, yen or whatever to spend it.

Soon, central bank digital currencies will indeed be available 24/7 and free of charge, but with well-known flaws, including the risk of confiscation.

It is an aside. Blockchain technology will succeed on its own.

Ultimately, it is beyond foolish to believe that governments will adopt Bitcoin en masse or that it will succeed as money if they don’t.

Bitcoin has been incredibly successful as a medium for speculation. But unlike the blockchain, Bitcoin will never progress beyond that.

Ironically, the more successful Bitcoin is as a speculative tool, the less it is used as a currency, its original stated purpose. 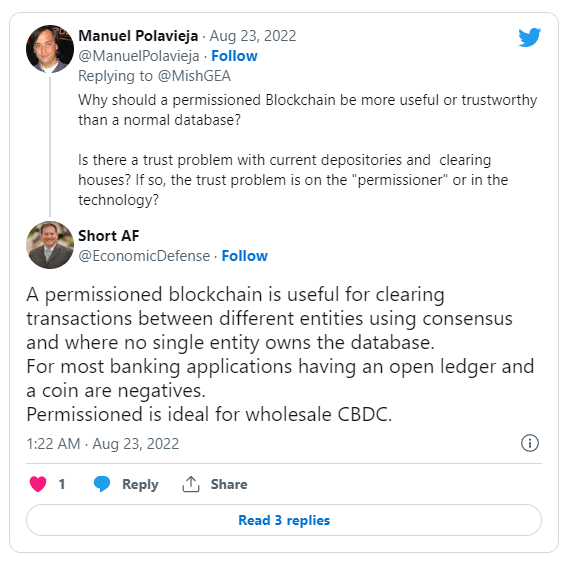 Much of the perceived value of Bitcoin is now just speculative hype. The word “buzz” is a good description.

Bezzle is a temporary gap between perceived wealth and long-term economic value.